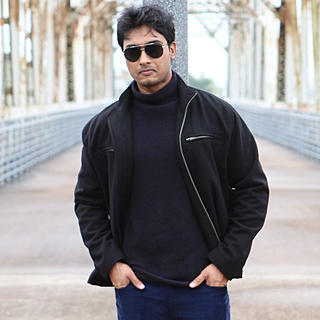 Once in a while it so happens that my yearning for sweets reaches the apex of madness and it so occurred on this gusty evening in Chicago. I searched for some authentic desserts while I was near Devon Avenue and I came across this place famous for some authentic Knafeh and Arabian sweetmeats in general. I couldn't wait more but visit this gem of a place. This is Jaafer Sweets. Situated in the north side of Chicago, this place is serving Middle Eastern sweets to the locals sin
25 views

Any Nepalis in the House?

Knock - knock?? Who's there? Foodie. Who foodie? The one who loves Nepali Cuisine. You bet! That's how I entered this tiny restaurant situated at a corner on the main block of Devon Avenue in Chicago. Known as Nepal House. The Devon avenue is a sight to behold with all the well-lit shops and restaurants adorning the surroundings. I happened to be there around half past five in the evening and was looking for a perfect snack to munch on when I came across this place serving tr
21 views

Managed to stumble across few ancient scriptures which dealt with Mongolians migrating into the Northwest Chinese region of Xinjiang after the collapse of Uyghur Khaganate. Now, the Xinjiang province has the most number of Uyghurs residing, with 45% of the population comprising of them. Well, isn't this supposed to be about food? Yeah, yeah I am coming there. As the prominence of Uyghurs ascended in the province, the religion has also been on the rise with Islam taking sway t
40 views
1
2
345

Thanks for your interest in Foodie Saga. For more information, feel free to get in touch.

You can also email me directly at: foodiesaga@gmail.com